Posted on February 10, 2015 by VirtuallyAware

Its been a long time coming and lots of folks at EPIC Systems and Microsoft have put effort into thoroughly testing EPIC Hyperspace and Web and Services Servers on Hyper-V 2012 R2.  Finally it has passed all the tests and has made the Target Platform List. 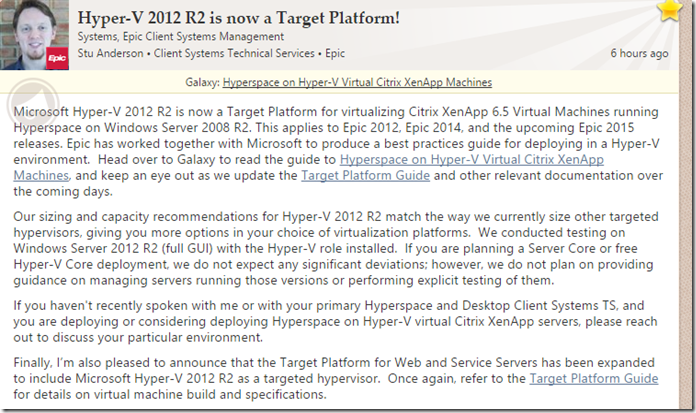 Here are the highlights of the announcement:

I will reiterate what Stu said above.  “If you haven’t recently spoken with me or with your primary Hyperspace and Desktop Client Systems TS, and you are deploying or considering deploying Hyperspace on Hyper-V virtual Citrix XenApp servers, please reach out to discuss your particular environment.”  Like any virtual environment you need to architect it correctly.